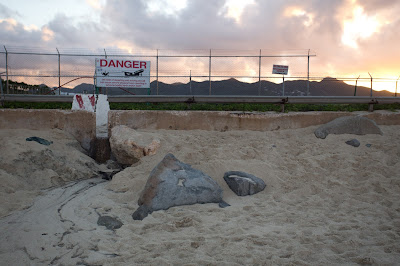 As far back as I can remember, I have been what you would call a Contrarian.  I almost never accept a pat answer to a question, no matter how complex.  Basically, I never outgrew the 'why' stage of early childhood.  Curiosity is my Achilles Heel, in other words.

Sadly, this curiosity is not confined to any one particular thing, and when coupled with a desire to excel, it can make a guy a bit of a pain in the ass.  Cliff Claven with an attitude, if you will.  Thus, people like me tend to earn a bit of a reputation as an asshole.  I'm sure you know at least one, somewhere in your life.  But I get ahead of myself here.  To continue:

As a teenager, I loved watching documentaries, edutainment programs, even taped debates about subjects ranging from String Theory to Plate Tectonics, Theology to History, and Published Science vs Conspiracy Theory.  Coast to Coast A.M. (with Art Bell) kept me awake far too late, far too many times, and Graham Hancock both awakened curiosity in ancient architecture and civilization, and tested my patience with Holy Blood, Holy Grail.

Lots of questions arise from this kind of curiousity, where there are no discernible boundaries to the field of inquiry, where connections are free to exist or not, regardless of preconceived notions.  There was once a TV show, BBC I think, called "Connections" which I found fascinating, since it showed literal connections through invention to social custom to familial relations between, say, a Trebuchet and a Dishwasher (not a real example, but you get the drift).

I began to accumulate all sorts of 'useless' knowledge, and worse, each new tidbit exposed even more that I did not know.  The curse of knowledge, apparently, is that the more you learn, the more you find out you not only didn't know, but didn't even know you should (or could) know, what you now know might be a thing. And it never gets better.

Imagine the frustration of not being able to make the necessary connections, or convince others the subject is even important at all.  Or even provide a memetic anchor to sum up basic concepts.  That was once the status quo.

Then, the Internet happened.  Yes, I really am that old.  To be fair, I refer specifically to internet BBS's, on dial up modems (14400 had just come out), and the patience required to load a simple text page would strain the patience of netizens today, but the ability to communicate worldwide really was revolutionary.  Suddenly, 'pen pal' conversations could be had in near real time with someone across the world, we could compare conditions and Laws and customs and knowledge across national boundaries in minutes.  Anyone could.  And that was a Paradigm shift.

Sure, sounds pretty lame now, everyone knows that happened, across multiple industries and cultures, but I refer to subculture, and it's effect, here.  Having had a foot in the Rocker, Punk, Jock, and Nerd subcultures in High School (my older brother was a Head, most of my friends were punks or jocks, and I was in the Academically Gifted classes for most of High School), I made a habit of tracing the effects of things I heard first in one group, then the other, watching 'knowledge' filter through my various friend groups.  Cultural Telephone, with about the same accuracy.

Of course, this 'knowledge' had different velocities depending on originating group.  The popular kids had more influence, they were more readily believed, etc, surprising no one.  What I later realized, though, is that the 'nerds', while nearly always accurate, were TERRIBLE communicators, assuming everyone was the same as them, laying out a detailed (and horrifically boring) account of even the most hilarious story, killing any comedic value (for example).  And this same tendency was noticeable on most of the threads I followed in what would become known as the Manosphere.

This gradually improved over the space of a decade, but effective Marketing, basic understanding of Human Nature as it relates to sales, even recognition that these are important considerations, still largely eludes huge swaths of the Manosphere.

In posts following I intend to explore the bright line from those early beginnings of inept, unmarketable, confused message-in-a-bottle postings, through the struggle for quality information and presentable information, to public acceptance and awakening.  Along the way I intend to look at other 'Internet Conspiracies' and see if there are any possible connections to be made or not.  Additionally, I plan on tracing the successes of the Manosphere (and why they are a 'success' for the Manosphere) in hopes of encouraging more of the same.

Over a decade ago, Fidelbogen asked us "How Deep Does the Rabbit Hole Go?".  Maybe it's high time we actually tried to find out.  If you have a suggestion for Conspiracy Theory or Social Phenomenon to explore, feel free to leave it in the comments.
Posted by Factory at 12:31 PM