One year ago, my best friend of 26 years died.

I'd like to tell you a little bit about him.

Brad was a hulking huge man (at least, in comparison to me), easily topping 300 lbs, but he had the demeanor of a little boy. He was forever curious, and took visible delight in the smallest of things. We used to sit and talk for hours about subjects like Quantum Physics, Politics, Art, Literature and the like, subjects he was curious about, but had little understanding of. In return, he educated me about Sports, Ethics, and in an odd sort of way, Spirituality as well (Brad was an Atheist). Please bear in mind, he was no "Tweed Coat intellectual", he hated school with a passion and his marks reflected that. But he was smart as hell when he was interested in the subject.

But the thing about Brad that really sticks out in my mind was his ability to enjoy the little things. Everything could be turned into a game with Brad, and frequently was. With nothing but a single six sided dice, we would entertain ourselves for hours "rolling for punches" or somesuch.

He was a singularly devoted father, with 4 kids. He really wanted more, but the break up of his relationship ended any hope of that. He sent every spare dollar he had to his ex, for the kids...on top of his child support. He worked on the railway (a job he hated) in part because there were sometimes overnights in the town his kids lived in, and he couldn't afford the gas to see them otherwise. Until the day he died he remained single, refusing to stop loving his ex. He wanted his family back more than anything else in the world.

Brad spent most of his days tremendously depressed, and he had a drinking problem, and a gambling problem (he would frequently need to borrow money to pay rent and buy gas), but he refused to allow his kids to go without...he believed he was old enough to "handle it".

One day Brad asked me what he could do to help himself feel better. I suggested buying a new car, which would not only make him feel better but would also be cheap enough on gas to make visiting his kids possible. His ex even agreed to lower his "payments" so he could afford the car (she isn't heartless, she wanted him to be happy). So, at my urging, he bought a used Chevy HHR.

A week later, he rolled that car, and died.

At the viewing, I found myself envying him. At least he had release from his pain, even though he died in the manner he most feared. He was, after all, "destined" to a life of loneliness and poverty, and escaped it early.

But Brads lessons keep right on giving apparently, because I still hear him saying things like "Man, you can either enjoy life or hate it. Money has fuck all to do with it." That's Sage advice right there if you ask me.

Brad always wanted me to do a picture for him, since about Grade 11 actually, of a spooky moon through denuded trees "Halloween" type shot. He was forever pestering me to stop doing the bullshit jobs I was doing, and go back to the Photography I love. Just before he died, I promised to do that shot for him.

A few months after the funeral, I went taking pictures, so I could do that shot. I would like to make this the "official unveiling" of that shot, even though it's been done for a while.

So Brad, this one's for you. I love you man. 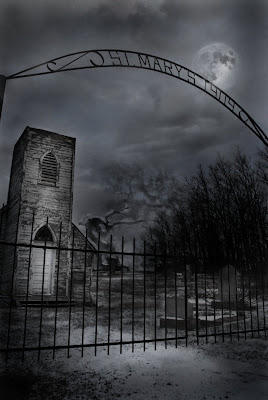