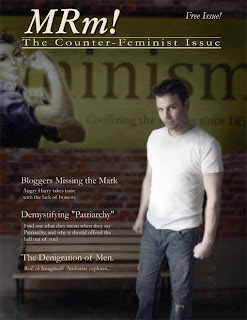 MRm! Issue 1, or The Counter-Feminist Issue, is indeed a summation of some of the criticisms the Mens Movement has for Feminism, and Feminists.

Articles that decode commonly heard Feminist phrases, analysis of the laws and policies implemented at Feminist behest, and some of the consequences, are also outlined.

The phenomenon of Men Going Their Own Way, and the Marriage Strike are also explored and explained. 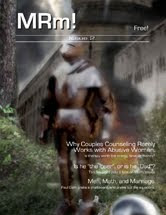 MRm! Issue 2 introduces some Game into the mix, with articles on both ends of the Sexual extreme. Pick Up Artistry is explored, with the attendant analysis of female sexuality. Abusive women are another topic within. 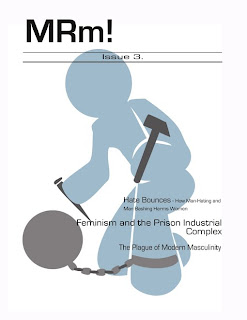 MRm! Issue 3 builds upon the themes of the previous two issues, and delves deeper into the reasons why many issues related to male sexuality are so deeply held in suspicion. There are also articles that deal primarily with the negative effect Feminism has had on males, as well as society in general. This issue also introduces some criticism of the men who enable this state of affairs. 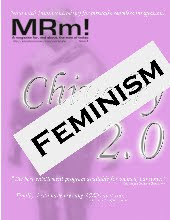 MRm! Issue 4 speaks to the Sacred Cows in these Politically Correct days: Domestic Violence by women and the deliberate cover up of same; the overbearing sense of entitlement of many women is criticised; the criticism of the 'traditionalists' might surprise you; and of course, resounding criticism of Chivalry. 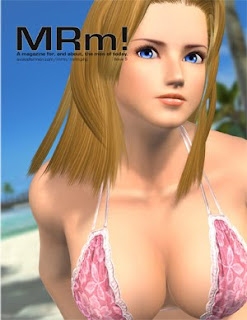 MRm! Issue 5, as you may have guessed, deals primarily with Female sexuality and the public celebration of it. The effects on men, as well as the reasons for, of the constant display of female flesh is the subject of one article. Exploration into some of the more extreme reactions to sexual betrayal, and the somewhat 'grey' area of 'understandable' reaction can be found here, as well as possible explanation why women seem to have NO IDEA what men want in a long term partner.

So far, that's the whole line up. It seems these are coming along at a rate of one per month, so expect to see Issue 6 sometime around the end of June.

All of these issues are available for download at:

If you choose to, you can also subscribe and be notified with every new release. That's the way I'd do it, 'cause I forget stuff all the time.
Posted by Factory at 2:03 PM