I was just reading an article over at Return of Kings about the top cars 'You'll never be able to afford'...sort of a Top Gear hit list.  Which led me to re-read another article at the same site about the top 8 'affordable' lifestyle cars.

Well, that got me thinking.  I spent a lot of time selling cars, and I've driven a bunch of them both in summer and winter conditions.  And as a salesman, you get AT LEAST as much seat time as your average car reviewer...absent any bias (buy from me!)...you would think I would be in a good position to throw in my two cents...

Never one to shrink from giving my opinion, here is my 'ultimate car list' from the perspective of a guy who had to work out payments, had to deal with service issues, and had to deal with more than a little 'buyers remorse'.

A couple caveats:  first, I am writing from a Canadian perspective, which means Canadian contenting and Canadian MSRP.  This will likely surprise a lot of Americans, since the MSRP is so much higher in Canada given the dollar parity.  I can tell you, the official reason is that Canadian cars are contented differently (and they are - for example mid level Mazda 3's in Canada get automatic wipers, heated seats, and the like, standard...whereas in the States such things are options on the top trim level), but mostly it's just cause they can get away with charging more here for some reason.

Used cars can often offer quite a bit of value for the money, but I can tell you one thing with utter certainty in the Canadian Market, very few cars depreciate fast enough to make this worth it, and those that do, tend to suck (literally, or financially).  So I will base this on financing new models.

I will incorporate the way 90+% of people shop as well, in that nearly everyone shops based on payment.  The main categories:

There are no 'chick magnets' in this price class, but there ARE cars that definitely appeal to women aesthetically (I can attest that women hardly ever use any real measure of performance in buying decisions, though they can be quite aggressive, I haven't encountered any 'extremes' on test drives).

Likely you're buying in this class because that's all you can afford, and practical needs must be met.  This is how the 'hot hatch' thing got started in the first place.Some cars emphasize style, others dependability.  What's good? 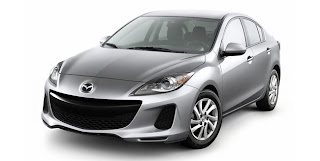 I'm a bit of a 'driver' and this car is easily one of the best handling small cars on the market, routinely compared to BMW 3 series (credibly).  The 6 speed shifter is smooth and precise, the whole thing comes together very well.  Add to that the extremely high reliability of Mazda product (3rd best in the world), and the fact that you can get a car with 58mpg/hwy, heated seats, and a sunroof for less than $300/month.  Sure, it's butt ugly, but that's more than made up for.  Besides, if you're willing to trade (more than a little) reliability for something a little more pleasing to the eye, there are options.

More into style than handling?  Want something that presents well, isn't immediately obvious it's "inexpensive" and does a reasonable job?

It's one of the very few 2 doors offered in this price class, it's styled by former Audi designer Peter Schreyer, and it even does a reasonable job of being a car, despite it's atrocious suspension setup.Again, this can be had for around 300/month.

This is the meat and potatoes space where Camry and Accord live, and for people movers (non-SUV) this is where it's at.  You'd figure that would mean great cars in this price range.

But who wants to drive a fuckin' Camry?

NO, this price range is where we start to get into entry-level rear wheel drive...and THAT is where it's AT when it comes to driving.

This is where my own personal dream car lives (one I have driven at every opportunity), one that is so good, I can forgive the ultra feminine appearance.... 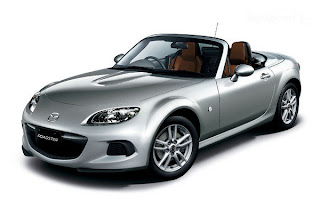 The Mx-5 Miata is EASILY the best droptop for under 40 grand (I would say it's even more fun than, but less obviously refined than, the BMW Z series), and one with a Power Hardtop and heated cloth seats can be had, brand new, for less than 450/month.

I live in a climate that is functionally identical to Siberia (no, not kidding), and there are people driving those around town all year long, year after year.  Yes, even in winter (small cabin heats up VERY fast), the car is only a half inch lower than a Mazda3. 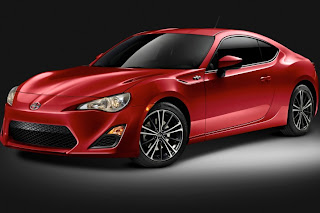 The Scion FR-S / Subaru BRZ twins can be had for around 450/month as well, has nearly as good driving dynamics and looks really REALLY good in person.  This is getting into 'chick magnet' territory.  It's not uber-fast, but that's for a reason....so you can wring it's neck a little bit and not break the law doing so.

It's also a LOT cheaper (and slower, and less refined) than this: 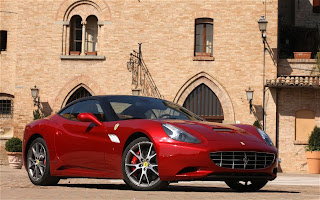 
It's almost like the car companies are remembering the word 'fun'...and that's a good thing.

I would suggest a mustang, but the base model Mustang is more expensive monthly than either of these two cars, and in my view you have to exceed the speed limit by a LOT to really enjoy one of them.

But really, I hope the point is made...not a lot has to be spent on a car to get a really fun ride, and the 'hot car factor' kicks in quite early in the price ladder.

And truthfuly, I've driven some of those hot track cars, like SRT Dodges, Nissan 350Z's, Corvettes, etc.  It's true, they have frightening amounts of barely contained power.  They can corner a right turn at 80 mph.  They have, by and large, amazing performance envelopes that cannot be used, even a little bit, without risking getting the friggin thing taken away.

For example, if you want to hear what a (then) 3.5L V6 350Z sounded like at redline, you had to speed.  And I mean anywhere in Canada, since in first gear at redline you are doing 67 mph.  So you end up with a really 'hot' car that is barely turning over faster than idle.

You might not be like me, you might not care about smiling while you drive.  You might look at a car as one would jewellry, and wince at the idea of locking all four brakes or power sliding.

But for those that want driving fun on a relatively affordable budget, these cars are a good start.

One other thing, all of the cars listed here are under the assumption that you are buying a manual transmission car.  Because that's what you drive right?  But, should you be one of those unfortunate souls that cannot drive a manual (or worse, one of those who believe automatics are better), I do have a recommendation for you as well... 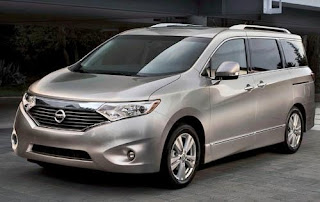